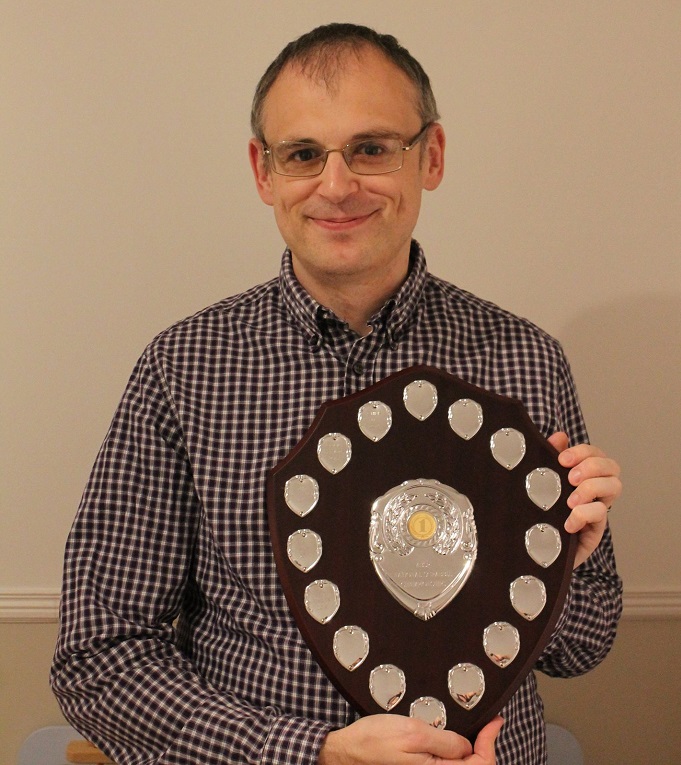 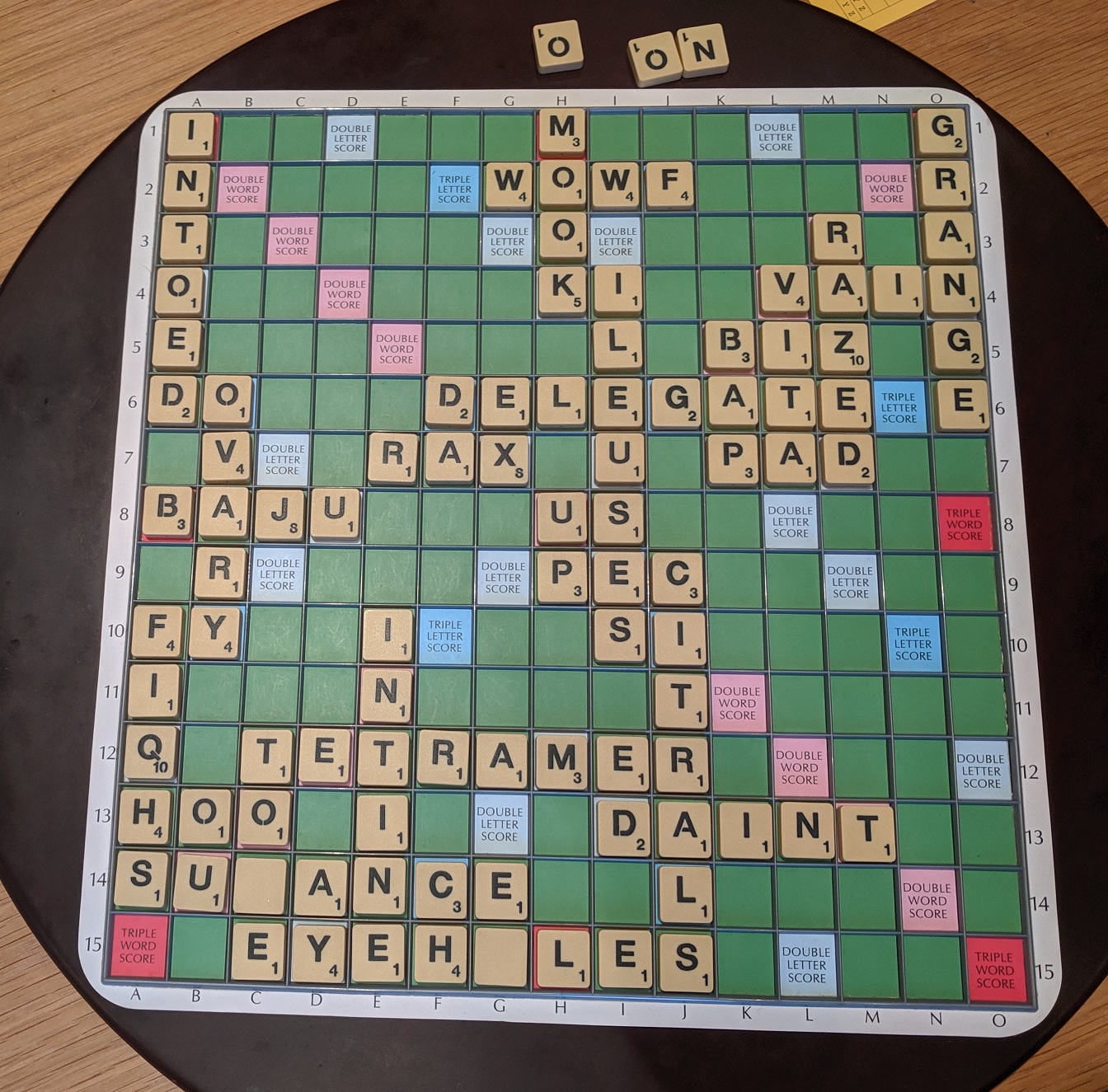 Phil Robertshaw has claimed his 6th major UK title, winning the National Scrabble Championship in a nail-biting finish at Warrington this weekend.

With the top spots all to play for in the final round, the deciding game was a 1-point victory for Phil over Paul Gallen, which left the top 3 players all with a 12-4 record, but with a 31 point spread advantage for Phil.

Wayne Kelly (TO, CO and TD for the weekend) presented Phil with the winner's cheque and the champion's shield - the second time that Phil's name name will have been engraved on the shield, as he also won the 2016 championship.

In his acceptance speech, Phil paid tribute to his opponents' skill and tough competitive play, and then dedicated his win to his late mother.

The top 5 finishers won place prizes - none of them new to major championships. They own 31 major titles between them!

Paul Gallen, already winner of two majors in 2019, finished as runner-up. The overnight leader, Harshan Lamabadusuriya also finished on 12 wins but 152 spread points behind the winner. Dave Koenig made fourth place with 11 wins, having only qualified for the tournament in the Last Chance Qualifier on Friday, with Lewis Mackay in fifth position heading the group of 10 game winners.

There were two ratings prize for best performance above rating which were won by Stu Harkness and Tim Hebbes.

The board from the final round game between Phil Robertshaw and Paul Gallen is pictured here. Many great words, but the talking point as everybody gathered around to see the winning board was the play of SURANCE and EYEHOLES in the bottom two rows, which combined to make a phoney hook of EO! 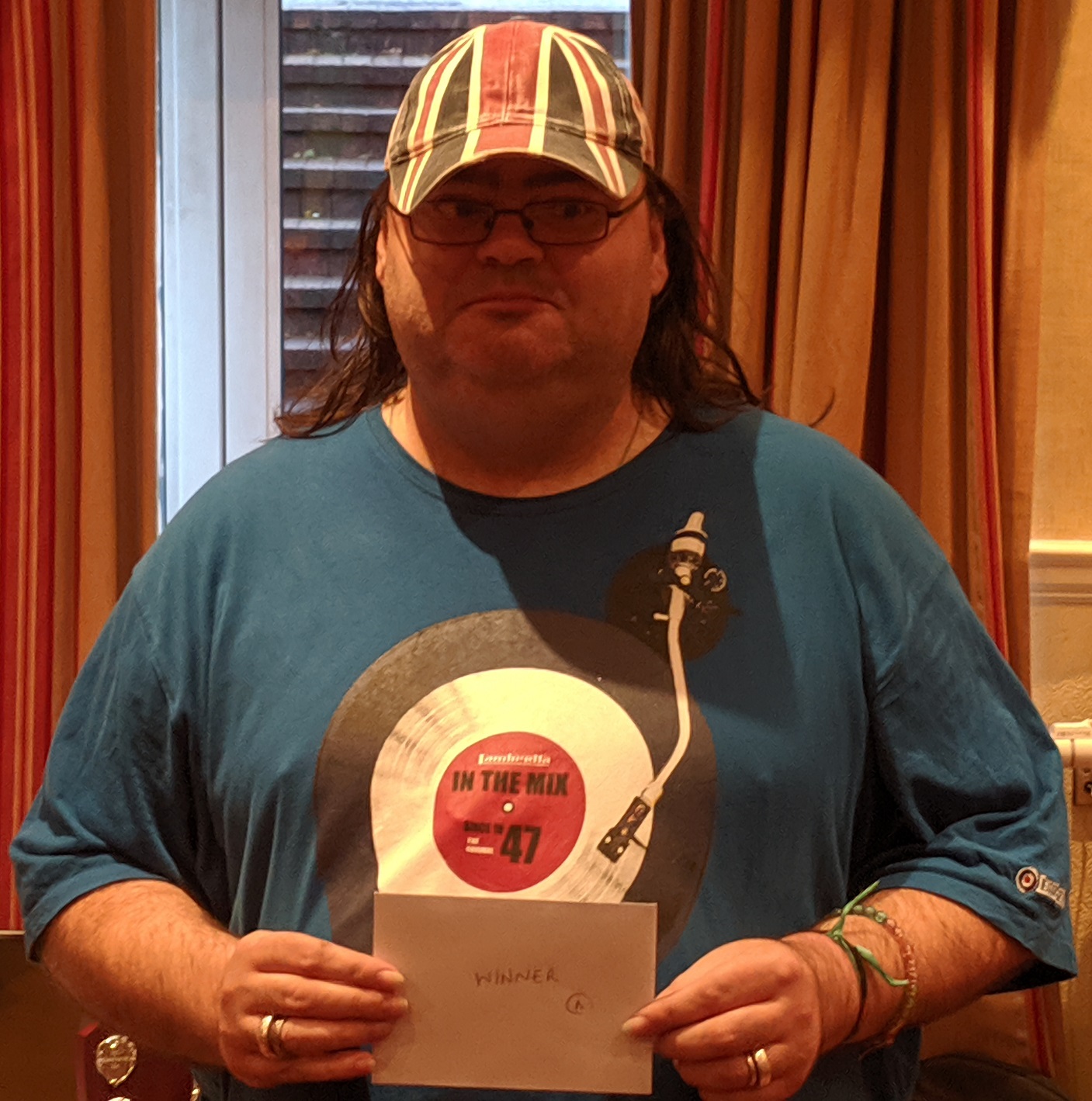 Gary Oliver went unbeaten on Sunday in the Plate tournament to win by 4 clear games with a dominant 15-1 record, and was Gibsonized for most of the final afternoon. Ray Tate, who narrowly missed out on qualifying for the main event in Friday's Last Chance Qualifier, finished runner-up (11-5) one game clear of Steve Graston in 3rd place.

Only Graham Harding managed to beat Gary over the weekend, and he finished in 4th place, heading a group of 5 players who finished with 9 wins.